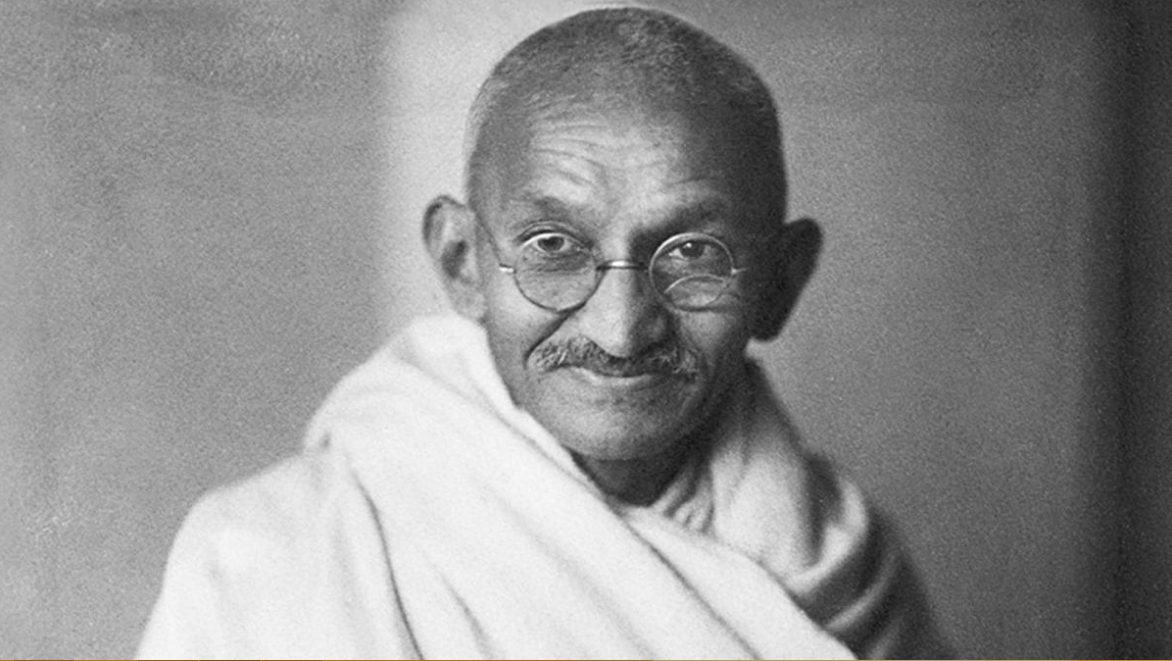 On Jan 30, 1948, Gandhi was assassinated by Nathuram Godse, a member of the Rashtriya Swayamsevak Sangh, for ‘appeasing’ Muslims and for the suffering of Partition. Much has been written about Gandhi’s life and death, but what of the Gandhi in our midst?

I have an image of the gentle, towering figure of Bacha Khan assisting a frail Gandhi cross a very narrow and precarious bridge in Jehanabad, Bihar, in March 1947, as the two friends struggled to bring salve and rebuild communities in the aftermath of the terrible cycle of violence set in motion by the Great Calcutta Killings of August 1946.

Bacha Khan, as Abdul Ghaffar Khan was lovingly called, is an important anticolonial figure of the 20th century and his historical significance needs to be understood not merely from the narrow confines of a nationalist narrative, but rather as essential to our understanding of struggles for justice, methods for social and political transformation, and the ethics of living together with difference — all urgent as ever in our times as in his.

If we think about colonialism as a form of political and economic subjugation, it was also accompanied by the production of a whole body of knowledge that made this subjugation both possible and legitimate. The powerful anthropological construction of ‘warlike’ tribal Pathans, who only responded to bribery and brute force rather than reason, was used to justify the most extreme forms of collective violence carried out in British India, and the northwest was a testing ground (especially during the interwar period) for grotesque technologies of war that would have raised a hue and cry of inhumanity had they been carried out elsewhere.

In friendship they forged an ethics of care and dialogue.

By espousing nonviolence and mobilising one of the most successful nonviolent civil disobedience movements in the form of the Khudai Khidmatgars, Bacha Khan fundamentally challenged and unravelled this colonial understanding of Pathans.

The Khudai Khidmatgars are largely forgotten today or simply recounted as a huge exception in the militarised history of insurgency and counter-insurgency in the northwest. But were they a blip in the past? A small and irrelevant movement that stood up for, but a few moments, to the injustice and subjugation of the largest and most advanced military power of its time?

In his autobiography, translated into Urdu as Ap Biti, he recounts a conversation with Gandhi at his ashram where he asks Gandhi if he was surprised that the Khudai Khidmatgars, albeit the last to receive his training in nonviolence, had been the most disciplined and steadfast. The political theorist Uday Singh Mehta has pointed out that for Gandhi cultivating the “fighting spirit”, or the capacity for violence, was essential to then actively renouncing it — nonviolence had to be a courageous choice, not a coward’s submission. Thus Gandhi replied to his friend that he was not surprised at all for nonviolence as unarmed resistance required at least as much courage as armed resistance and as such the Pathans had a long history of courage.

By aligning Pathan courage to nonviolence, Bacha Khan had countered the foundations of colonial knowledge and exposed the utter brutality and illegitimacy of colonial violence. By becoming ‘Frontier Gandhi’, Bacha Khan also brought the concerns of the frontier into the mainstream of Indian politics.

The sources of Bacha Khan’s ideas are numerous as are those of Gandhi’s, but their extraordinary friendship too deserves our attention, rather than something to be feared. In friendship they forged an ethics of care and dialogue across vast religious and cultural differences, and it is an ethics that could have arguably saved Mashal Khan’s life at the Bacha Khan University not so long ago.

When Bacha Khan died on Jan 20th, 1988, Peshawar came to a standstill, the streets of Peshawar were covered in red flags of the Awami National Party, and Bacha Khan’s body was laid in Jinnah Park so hundreds of thousands of his followers and well-wishers could pay their last respects. Gen Zia came to pay his respects, and Rajiv Gandhi, then prime minister of India, was given permission to fly in to Peshawar, and at the height of the Cold War, the Soviets and the mujahideen held their peace as the Khyber Pass opened for the massive caravan that travelled from Peshawar to Jalalabad to lay him to rest there.

If we think of the national boundaries that were momentarily suspended for Bacha Khan, it may well allow us to not only recuperate his anticoloniality, but also his humility, simplicity and openness to the world.

The writer is associate professor of history at Brown University and faculty fellow at the Watson Institute for International Studies. She is the author of The Long Partition and the Making of Modern South Asia: Refugees, Boundaries, Histories.