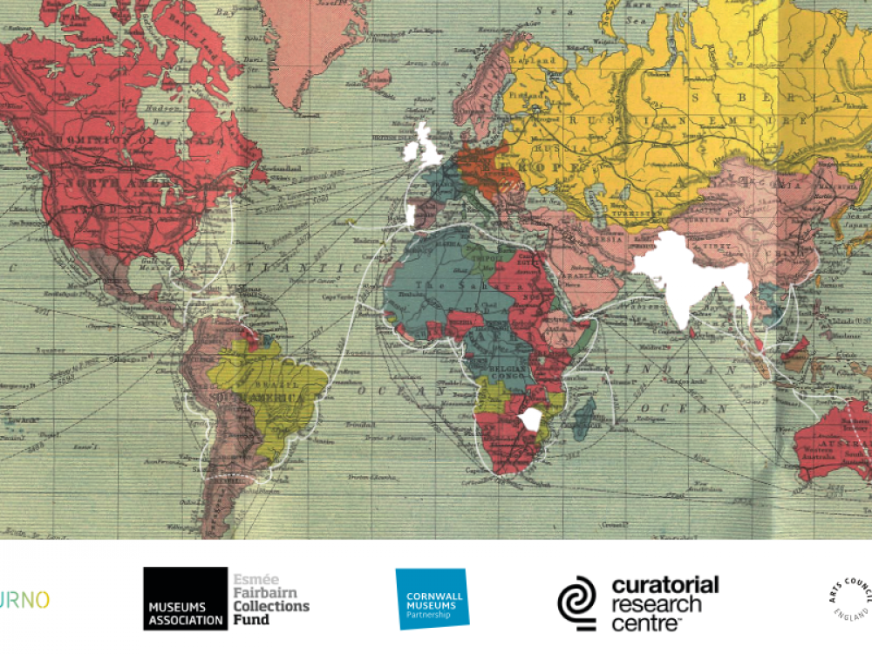 The official state National language of Pakistan, its ‘lingua Franca’ is Urdu,  although English is also often spoken by the business and political elites.

PK150: Connected Collections is an international research project to engage students remotely with PK Porthcurno’s archive, funded by Arts Council England. This symposium is a culmination of this project, where a group of ten student volunteers presented their work. The group comprised of five UK students which partnered with five international students. The international students were based globally at locations associated with telegraphy in New Zealand, Portugal, India and Zimbabwe. In the symposium, they presented their fascinating remote archive projects, inspired by PK Porthcurno’s archive and the impact of telegraphy in global locations. Anwar Akhtar of The Samosa was the guest speaker and has taken workshops throughout the project with the student group studying issues such as heritage, identity, language, empire and faith. Anwar also gave a talk at the symposium exploring Urdu, Punjabi, Sindhi, Pashtun & English in Pakistan.

You can watch Anwar talk, also Rutvi Narang and Hannah Reeves  India Then and Now Communications between India and UK. Film made with Luca Salvagno here.

Urdu as a language has deep historic roots in South Asia. From the 6th Century onwards, it developed as a Persianised sister tongue of Hindi, sharing a common vocabulary base and syntax. This means that Hindi and Urdu are mutually intelligible in colloquial speech, but share different alphabets: Sanskrit and Persian. Rutvi Narang and Hannah Reeves , explored India Then and Now. Communications between India and UK. Film made by Luca Salvagno

The use of Urdu and Hindi today are also deeply entwined with the identity and politics, the culture wars between India and Pakistan following the 1947 partition. Over 90% of Pakistan’s population don’t speak Urdu as their mother tongue, but Punjabi, Sindh, Balochi, Pashtun and Saraiki. This impacts upon child literacy and educational development, with children being taught a national language in schools that’s different from their home mother tongue. It also raises many issues of regional and cultural identity, conflicts and social cohesion.

The students’ project outcomes included blog posts about the history of telegraphy in Zimbabwe, a film about the impact on language in India, a webpage about life at the Singapore station, and an interactive map exploring the sacred spaces the telegraph occupied in New Zealand.

Eleanor and Vida researched the impact of telegraphy in New Zealand and are creating an interactive map to show their research, focusing on subjects including colonisation, sacrality, gold-mining, and naval activity to show a snapshot of the telegraph, and activity associated with it, in Aotearoa New Zealand.

Jasmine and Nadia’s project explored the life of telegraph workers at the Singapore station. They are making a website and a film that shows the archival material at PK that links to the Singapore station, including fascinating diaries of prisoners of war during the Japanese invasion.

Ian and Libby researched the impact of the telegraph in Zimbabwe and have investigated the sensitive material in the Porthcurno archive, which will be showcased through visual blog posts.

Hannah and Rutvi researched communication between India and the UK.  All the films can also be seen here